NexGenAbler™
Mutation Detection
Protected by US and European Patents

NexGenAbler™ is a single-tube Next Generation Sequencing (NGS) library prep method for quantitative mutation detection in circulating cell-free DNA. It incorporates a Dynamic Molecular Index™ and improves upon specificity and sensitivity of existing methods.

NexGenAbler™
Mutation Detection
Protected by US and European Patents

NexGenAbler™ is a single-tube Next Generation Sequencing (NGS) library prep method for quantitative mutation detection in circulating cell-free DNA. It incorporates a Dynamic Molecular Index™ and improves upon specificity and sensitivity of existing methods.

Step 1: Denaturation of the DNA. Both the top and bottom strands are processed, but for simplicity, only the top strand is depicted after denaturation. 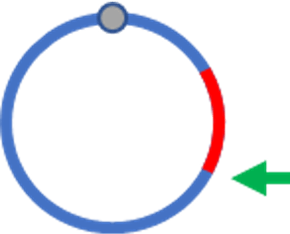 Step 4: Background Reduction. An exonuclease mix is added to lower background. The cfDNA, efficiently circularized after the DMI step, is resistant to digestion. Exonucleases are heat inactivated, so no purification is needed.

Step 5: Inverse PCR. The PCR mix plus PointSuppressor™ Primers, is added. The inverse PCR copies over the mutation site, the 5’ fragment end, the DMI, and the 3’ fragment end. Both primers are on the same side of the mutation and create a small footprint assay. Downstream processing after the NGA method is as with other methods – purification, then sample barcoding followed by Next Generation Sequencing (NGS). 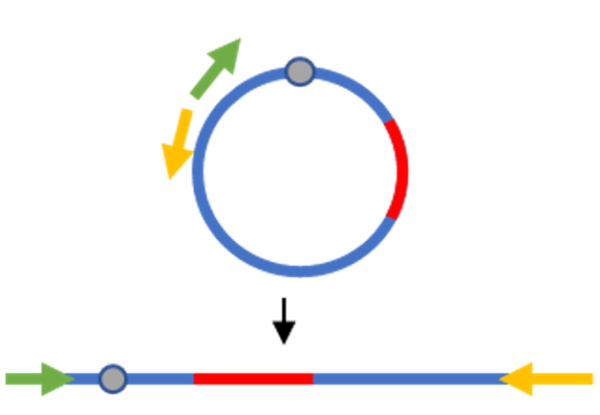 See our section on PointSuppressor™ Primers to see how we lower NGS costs and lower the limit of detection by orders of magnitude! 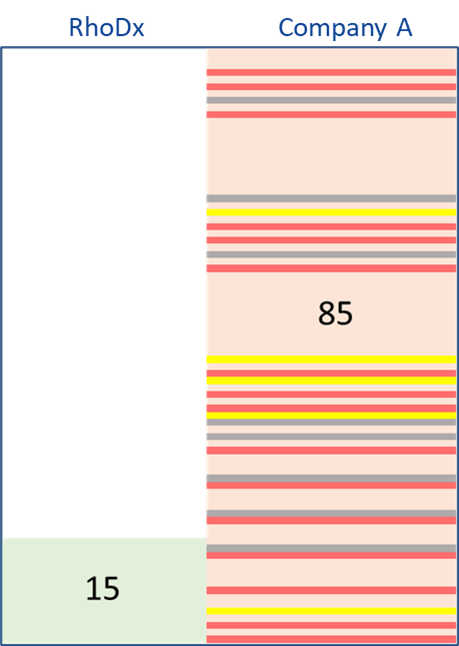 Although the NexGenAbler™ method consists of five easy steps, when automating a process, each and every manipulation must be considered. This column graph shows the five reagent addition steps of NGA plus five placements into an incubator (we use a dedicated thermocycler) plus five removals for a total of 15 manipulations. That’s it. There are no centrifugation, vortexing, or transfer steps.

In contrast, the cfDNA library prep method of Company A requires 85 manipulations. Steps that are not automation friendly, such as centrifugations (spins), vortexing, and transfers are color-coded to indicate where they occur in the process (beginning at the top of the graph) and how they interfere with process flow. Since the NGA protocol features only additions and mixing by pipetting, these color-coded manipulations are absent from the NGA column.

Downstream steps following library creation that are common to both methods – purification, then sample barcoding followed by NGS – are not shown.

NexGenAnalyzer™ software groups NGS output by Dynamic Molecular Barcode (DMI) and makes a wild type (WT) or mutant (MUT) call for each read family. A minimum of 5 reads per family is required and a concordance cutoff of 95% before WT or MUT calls are made. The number of read families represent the number of original, native DNA strands detected, whether WT or MUT. The DMI thus provides error correction and absolute quantitation.

In addition, the 3’ boundary between target sequence and DMI (blue arrow) and the 5’ boundary between target sequence and DMI (green arrow) are recorded. Comparing this data for each read family to a reference file allows an original DNA fragment size to be determined. Fragment size is another marker for cancer, and nucleosome positioning – as revealed by the 5’ and 3’ ends of cfDNA – may be a valuable indicator of tissue of origin (TOO).

Protected by US and European Patents.